Sharia Law in British Courts- a move in the right direction? 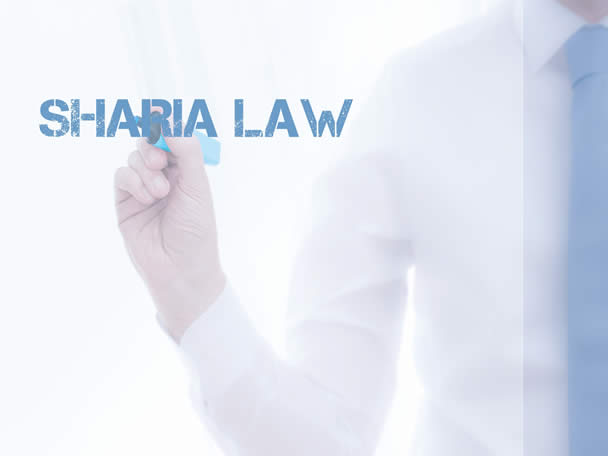 Sharia Law in British Courts- a move in the right direction?

It is very common for Muslims to participate in only an Islamic Marriage; that is, a Nikah, without undertaking the civil ceremony at a register office.

Marriage as a Legal Concept

Marriage as a legal concept has a prescriptive regime under which a marriage may be solemnized. Section 26(1) of the Marriages Act 1949 provides that a marriage ‘in a registered building’ may be solemnized on the authority of a superintendent registrar. Section 41 then provides for the steps required for a building, such as a mosque, to be registered for the solemnization of marriages. Section 44 then gives certain requirements for the solemnization of marriage in a registered building, and it includes the making of a declaration by the parties to marriage in the words ‘I do solemnly declare that I know not of any lawful impediment why I [name], may not be joined in matrimony to [name].

Without fulfillment of those requirements, a marriage is not solemnized for the purposes of English Law and is not a marriage in the legal sense. Section 44 is a mandatory requirement and must be complied with. The same goes for any religious ceremony which does not include any solemnization, and which is not followed or preceded by a civil ceremony.

Many couples who have Islamic faith marriages conducted in the Nikah ceremony are therefore not legally recognized under British Matrimonial Law.

In a Landmark High Court case last year, the Husband, Mr Khan, whom had an Islamic Marriage sought to argue the above point and block his Wife, Mrs Akhtar’s, application for Divorce in the UK Court stating that they were never legally married as their marriage was compliant with Sharia Law, but they did not participate in the civil ceremony at a register office.

For the first time in the UK Courts following a landmark divorce ruling in this case, Sharia Law was recognized which will inevitably change the way Islamic Marriage and Divorce works in the UK.

In this high-profile case, the High Court ruled that an estranged couple’s Islamic Faith Marriage, falls under British Matrimonial Law despite it not being legally recognized as such which meant the Wife, Mrs Akhtar was able to bring her case to the Courts and claim a share of the Matrimonial Assets which she previously would not have been able to do.

The Judge, Mr Justice Williams, stated that ‘the Union should be recognized because the couple, who took their vows in 1998 lived as man and wife, introduced each other as such and had expectations similar to a British Marriage Contract.’ However, he went on to say that because the ‘marriage was entered into in disregard of certain requirements as to the formation of the marriage… the marriage was therefore void and that Mrs Akhtar was entitled to a decree of nullity.’ Had the Judge ruled that it was not a marriage, Mrs Akhtar would not have been able to issue a case in the UK Divorce Courts and make any financial claims for herself.

This ruling will have significant implications for women who marry under Sharia Law and could give them the right to divorce their spouses and split the Matrimonial Assets as well as securing a divorce more easily.

In this case, Mrs Akhtar and Mr Khan both knew that their Sharia Marriage was not a legally registered marriage and therefore it became important for Mrs Akhtar that the Courts ruled in her favour that the marriage was ‘void’ and not a ‘non-marriage’ so that she could claim under the Matrimonial Causes Act 1973 for Ancillary Relief.

Many women in Islamic Marriages do not realize they have no legal protection under UK law unless they have a second civil ceremony alongside the Nikah. Under Sharia Law, women often must appeal to Sharia Councils in order to be released from their marriage.

Sharia acts as a religious code for Muslims including matters such as marriage, divorce and financial affairs.

How does Sharia work?

An Islamic Scholar, or Panel of Scholars, will hear evidence from both sides before handing down their ruling which often have no legal status.

Why is it Controversial?

It is often said that the status of women in Sharia Courts can be significantly lower than men.

At HRS Family Law Solicitors Ltd we have specialist Solicitors who can advise and assist on various types of Sharia Law such as Islamic Marriages and claiming financial remedies following its breakdown and even preparing Sharia compliant Wills.

For further information, call us on 01384 458 835 to speak to Sehra Tabasum who is an Accredited Family Law Specialist, a Supervisor of the Matrimonial team at the Dudley Office and a member of Resolution. She can speak Urdu and Hindko for those whose first language is not English.

Cookies help us deliver and improve our services. By using or browsing our site you agree to our use of cookies. Find out more.