Could my marriage be invalid? 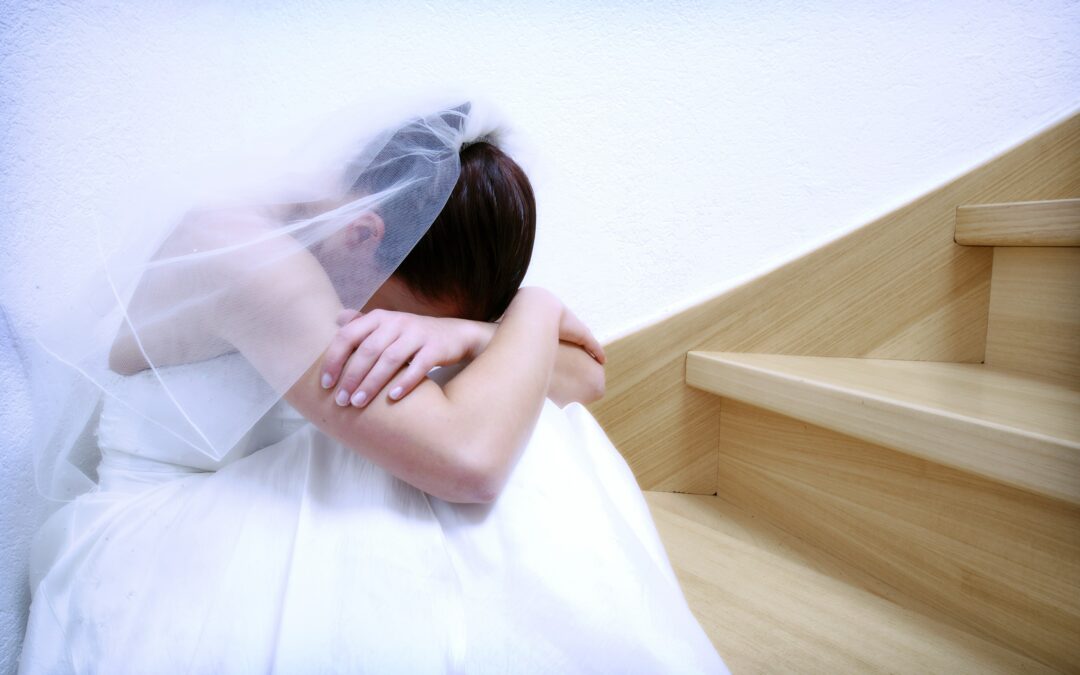 Could my marriage be invalid?

Sadly, there are people who have believed they were legally married, only to find out years later their marriage was invalid.  This normally only comes to light when a relationship ends, or when one party to the relationship dies as it can have an impact on financial entitlements.

Lucy Bentlet family law expert at HRS Family Law Solicitors in Birmingham says ‘This can be a terrible shock when, as well as grieving the death of your partner, you encounter financial difficulties and find yourself embroiled in a legal argument over the validity of your marriage.’

What makes a marriage valid in England and Wales?

To be legally valid, a marriage (other than marriage according to the rites and ceremonies of the Church of England and the Church in Wales, and Jewish and Quaker marriage) must generally take place in a registered building.  Those who wish to celebrate their marriage in a venue that has not been registered for marriage must go through an additional civil ceremony to be legally married.

There are different rules for the venue of where your marriage can legally take place depending on if it is a civil or religious service, as well as the type of religion.  Civil marriages must be in a registry office or an approved venue (as listed on the government website).

The UK law makes special provision for an Anglican wedding, which can take place in a church or other building where the wedding banns can be published.  Jewish and Quaker weddings are also specifically mentioned, but there are no formal restrictions on the venue of these weddings.  Any other form of religious service must take place in a venue that is both certified for worship and registered for marriage.  There are exceptions to these rules under certain circumstances, such as if one party to the marriage is housebound or terminally ill.

It is of note that Muslim weddings have been found to be not valid, unless they comply with the civil requirements.  This normally means that a civil wedding complying with formalities must occur as well as a religious service.

Both civil and religious marriages must be registered after the marriage service to be valid.

Marriages which take place overseas will be recognised in the UK in specified circumstances.

When is a marriage invalid?

When is a marriage void?

A void marriage is one where the parties do not have legal capacity to marry each other.  This can be because:

When is a marriage voidable?

There are a number of situations in which a marriage can be ‘voidable’, including:

What types of marriage have been found to be invalid?

The circumstances behind invalid marriages vary significantly.  From people who are committing bigamy (either knowingly, or believing their divorce was finalised), to those who have been married abroad in a fake ceremony or without adhering to necessary formalities.

Famously, Mike Jagger successfully claimed his marriage to Jerry Hall was invalid as it occurred on a beach in Bali, and under Balinese law the marriage had to be a Muslim marriage to be valid.  Their marriage was declared null and void.

If you intend to marry abroad or are otherwise unsure as to the validity of your intended marriage, contact one of our specialist family lawyers who can advise you on how to ensure the marriage will be legally recognised in the UK.

Can an invalid marriage be declared valid?

If your marriage falls into one of the ‘voidable’ grounds above then fear not, as it is possible to apply to court for a declaration of validity confirming that your marriage is valid.

To make an application for validity at least one party to the marriage must have been domiciled in England on the day of the marriage, or for one year before making the application.  One of our specialist lawyers will guide you through the court process and ensure your application is dealt with as quickly as possible.

Can I get confirmation my marriage is invalid?

Rather than seeking to confirm the marriage is valid, you also have the option of seeking confirmation that the marriage is invalid by way of a petition for nullity.  You usually need to do this within three years of the date of marriage.  If you are outside of this time, then speak to one of our solicitors who can advise you on seeking permission to issue a petition late.

What happens if the marriage is not valid and I do not get a decree of nullity?

In these situations, you will be treated as a cohabitant under the law of England and Wales.  It is noted that some other religions may deem your marriage to be valid, and you maybe entitled to relief under their courts (such as a Muslim and a Sharia Court).

As cohabitants, you will have no automatic rights to maintenance or an equal division of assets if you separate.  You may have to bring a claim in a civil court to seek rights over the house you both live in.

Being treated as a cohabitant significantly reduces the rights and financial remedies available to you.  It is therefore important that you seek legal advice on your ability to obtain a decree of nullity as it will drastically improve your financial position.

If your former partner is now deceased, rather than making a claim as a cohabitant, you may have to formulate a claim under the Inheritance Provision for Family and Dependants Act 1975.  This is a claim where you state you have a right over the estate of your late partner despite not having been married or otherwise provided for in a will (if any was made by them).  These types of claims are dealt with in the High Court and can be both timely and costly.  It is best to seek advice in this situation as this is an area in particular that benefits from early intervention and mediation.

For further information, please contact Lucy Bentley in the family law team on 0121 369 0135 or email lhb@hrsfamilylawsolicitors.com.