A smoother path to divorce from April 2022 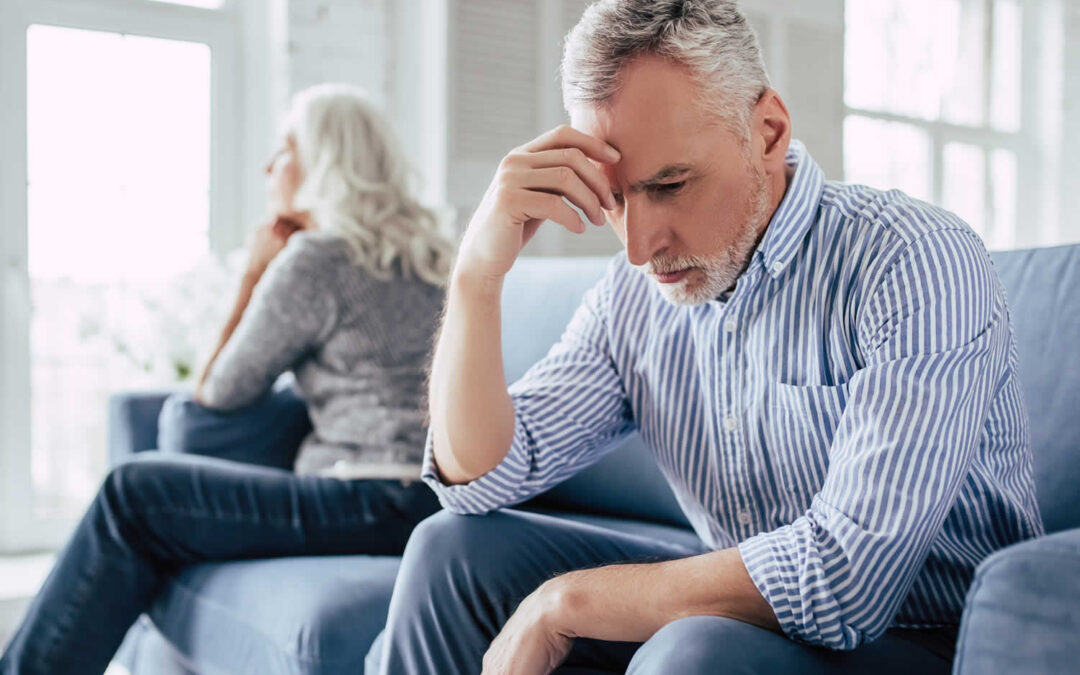 A smoother path to divorce from April 2022

Once you have decided that your marriage is over and you have taken the first step towards divorce or dissolution of a civil partnership, most people would like to be able to complete the formalities as quickly and smoothly as possible.  However, the historic laws of divorce have meant that the process could often be confrontational and one partner could refuse to cooperate.

Such was the situation in the recent case of Owens v Owens where the argument centered on whether Mr Owens had behaved in such a manner that it was unreasonable to expect his wife to continue to live with him.  The court found that his behaviour did not meet the legal standard for unreasonableness, and the only option for Mrs Owens was to wait until they had been separated for five years. Mrs Owens could not get a divorce sooner without proving that her partner was at fault, as he did not agree to the divorce.

‘From April 2022 you will be able to apply for a no-fault divorce in England and Wales, and this will be welcome news for many who seek a divorce without having to point the finger of blame at their former spouse,’ says Alisha Mazher family law expert at HRS Family Law Solicitors in Erdington.

Under the current rules, you can only obtain a divorce if you can prove your partner is at fault because of adultery, unreasonable behaviour, or desertion.  Alternatively, if you both agree, then you can divorce after two years of separation. If your partner does not agree and you cannot prove any fault, then you need to be separated for five years before you can obtain your divorce.

The old laws are being replaced with a new law, meaning you will be able to apply for divorce by simply citing that the marriage has broken down irretrievably.  It will not be necessary to wait years, or to have to blame your former spouse.

If you both agree to divorce

Under the new law you can apply for your divorce jointly.  Both of you can give notice to the court and sign, as part of your application, a joint declaration confirming the irretrievable breakdown of your marriage.

If one spouse disagrees

Either of you can give notice to court and sign a declaration as part of your application that the marriage has broken down irretrievably.  It will not be necessary for your spouse to agree to, or to sign, the declaration.  Your application must then be sent to your spouse.

There will be some changes in the terminology used for all divorces under the new law from April 2022:

Finally, there will be less ability to defend a divorce.  At present if you do not wish to get divorced then, as Mr Owens managed to do, you can defend yourself against the accusations of fault.  Alternatively you can contest the length of your separation.

Under the new simplified legislation these bases are removed.  Defending a divorce will now only be possible on very limited grounds, such as objecting to the validity of the marriage, or objecting to the court having jurisdiction.

Is this a quickie divorce?

The changes coming in April 2022 include a 20-week cooling off period to provide an opportunity to change your mind, between having applied for your divorce and before the conditional order is made.

After the conditional order has been made, you must wait a further six weeks to obtain your final order.  Bearing this in mind, it will not necessarily be a ‘quickie divorce’ but is certainly quicker than waiting two or five years.

Eliminating the need to find fault will undoubtably speed matters up in some cases and will reduce potential conflict.

It can often be extremely upsetting and even provoke anger to read the allegations which have been made against you in a divorce petition.  This can ignite a bitter feud between spouses and even their extended families.  Removing the need to prove fault will remove some stress and acrimony for many couples.

For many, divorce does not stop the need to communicate with your former spouse especially when you have children together.  Having a less contentious divorce should help to maintain better relations and communications which will ultimately benefit everyone.  It can greatly assist children to come to terms with their new life, if they can see their parents communicating amicably.

The benefits also include keeping costs down and saving on court time. Under the old rules, a defended divorce was often expensive and timely.  Mr and Mrs Owens spent a significant amount of time and money on their legal battle. The new rules will mean defended divorces will become almost unheard of.

It is important to note that in most cases the lion’s share of legal costs arises in relation to disputes over the financial separation rather than the actual divorce.

Every couple is unique, and our family lawyers will explain and discuss the options with you so that you can evaluate the best way forward.  For further information, please contact Alisha in the family law team on 0121 516 4495 or email hrserdington@hrsfamilylawsolicitors.com